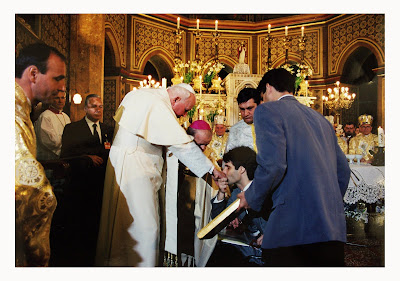 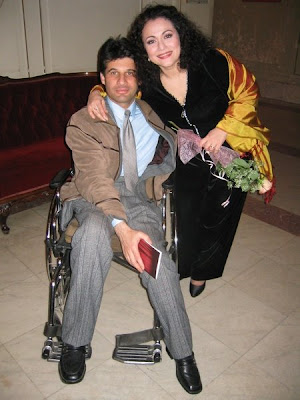 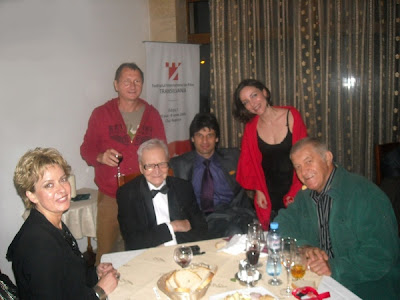 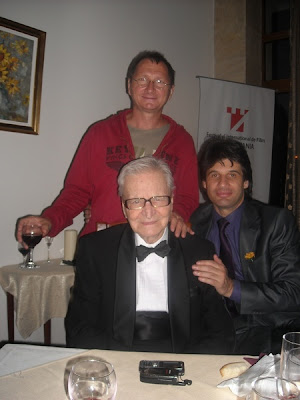 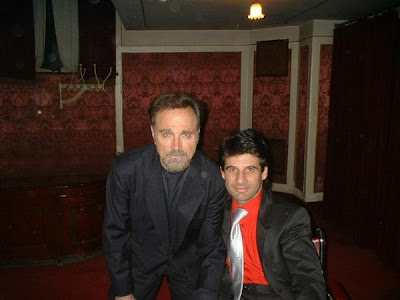 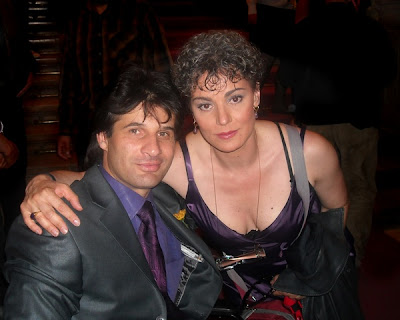 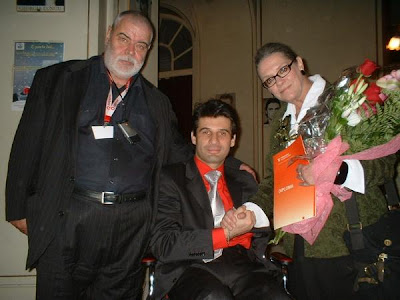 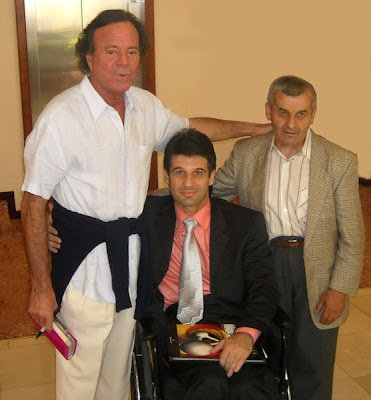 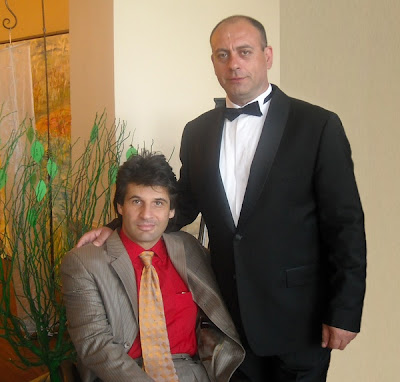 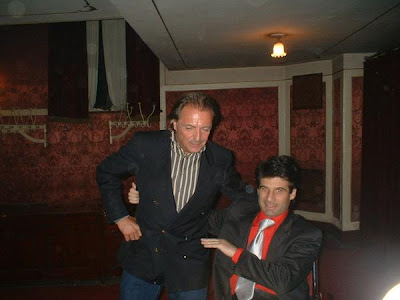 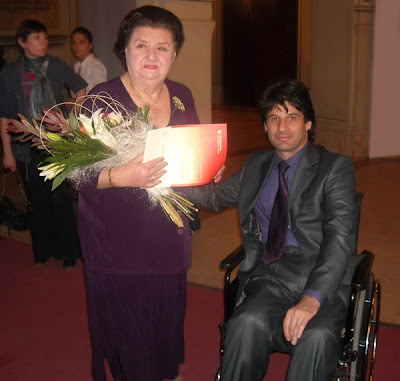 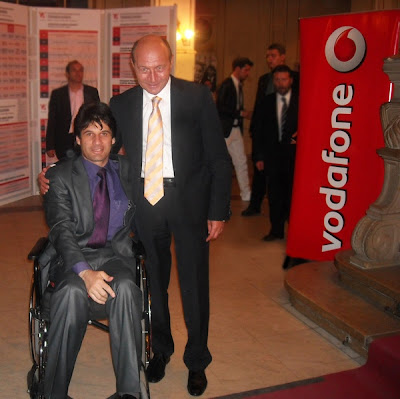 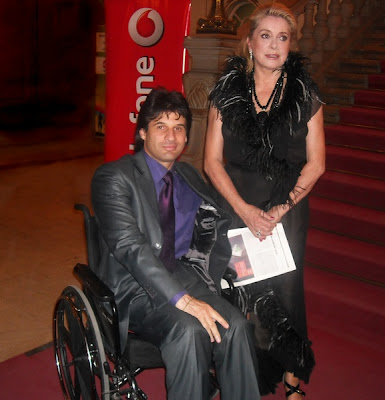 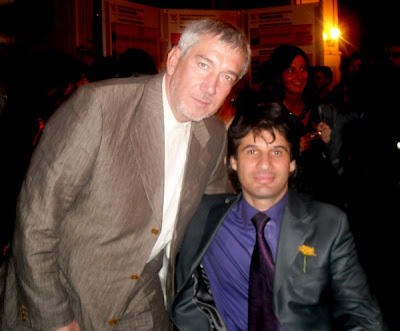 GHEORGHE ASTILEANU - Was born in Cluj Napoca, Transylvania area, Romania, on 14th November 1964. He was a natural artist from the start. His mother, an excellent woman, was the first to discover Gheorghe's talent. She saw that he expressed his thoughts, feelings and desires through his creations, and she started communicating with her son via colour and shape. Painting became as natural for Gheorghe as breathing, eating, or sleeping. Support from his mother encouraged him to become an artist during his mid teens and he embarked on a classical education at Special Art High school (1975 - 1983) and The Cluj Napoca Art Academy (1987 - 1991) - He studied the works of the great masters and drew constantly from classical sculpture – “I am continually challenged to rediscover, transform, and share neglected ideas of the past. When creating a work at a public event, I am able to evaluate the reactions of the large and diverse audiences. This information has provided me with invaluable lessons in human perception. While lecturing on my work or other art related topics to professional and amateur artists, as well as art educators, I have had the opportunity to engage a vast number of people in a dialogue which has shown me that while my ideas about art, education, and classics are often markedly different from established views they are nevertheless welcome. I believe that while the patrimony of great masterpieces from the classical tradition belongs to history, the artistic process it proposes is eternal - I want it to express the optimism and exuberance that I try to achieve in my painting. From the beginning of my career, my main artistic motivation was to rediscover, transform and share neglected ideas from the past. I have been fortunate to be able to share my work with a lot of people. I hope that my work will eventually inspire other artists to learn more about the vast and rich patrimony of European Art, so that others can enjoy the wealth of ideas that is often hidden with the passage of time.” The (young) Gheorghe was extremely influenced by surrealists such as Dali and the classic masters Velasquez and Bosco. He uses techniques that rely on painstaking attention to detail for the re-creation of reality with the fantasy of medieval craftsmanship. It is a combination of a variety of technical and creative skills that result in Gheorghe Astileanu's personal style of romantic and fantastic realism. His rigorous attention to perfection has been achieved after years of the reacting study of figures, architecture, still-life arrangement, perspective, composition and nature. The basis of Gheorghe Astileanu's technical mastery is a traditional and complete art education, a method of training that provided discipline and total understanding of the media of painting. With his knowledge and extraordinary ability to paint, Gheorghe Astileanu creates his own original and personal style outside the formality of the academic tradition. A visitor to the labyrinth of Gheorghe Astileanu's imagination is confronted at every turn with symbols both ancient and modern. They allude to human existence, struggle, and frequently, human insensitivity to the world. Caught in the chaos of urban life, traditional values are sometimes lost or forgotten, or rendered meaningless. Gheorghe Astileanu has mastered a super-realistic style of painting that is capable of transforming the totally imaginary into totally convincing in this strange and bewildering world of the labyrinth. His work has been successfully exhibited in galleries and private collections in, Argentina, Austria, Belgium, Denmark, France, Germany, Great Britain, Greece, Hungary, Italy, Japan, Romania, USA, Sweden, and the Vatican. He works for hospitals, universities, churches, private and public collections, (the Portrait of The Pope John Paul II / Vatican collection, Joni Eareckson Tada / Los Angeles, the Cardinal Iuliu Hossu / the Archbishop John Chertes - Catholic Church, St. Anthony, Portraits of doctors, Lucian Blaga - Senate University of Oradea, and many others) A lot of international, group and personal exhibitions (for example - The Romanian Parliament Palace - Brancusi Hall - Bucharest 2005) Numerous critical references, and published works - mass media (1996 ''The Contemporary Romanian Artist Encyclopaedia - ARC 2000 Publishing House, 1st volume, Danway Publication - Romanian Personalities 2004) In 2007 he became a member of the prestigious Union of Romanian Artists and his paintings were in much demand. In October 2007 he started his PhD - Doctorate studies at University of Art and Design Cluj Napoca.He has met a lot of famous people - for example The Pope John Paul II in 1995 and 1999 - “It was a great honor to create a natural size portrait of the Pope John Paul II, at the request of the Catholic Church from Romania, and it was offered as my personal donation, and a gift from the Romanian Catholic Church.” The full size Portrait, oil on canvas -1990, was created with much love and passion, and when it was presented to the Pope (1995) it was received with satisfaction and pleasure, and it remained in the Vatican's art collection, making me the only Romanian artist that has artwork exposed in the papal museums. “The Vatican meeting, when the Portrait was received by the Holy Father, as well as the later meeting in Bucharest, Romania were unique, wonderful moments that will remain forever in my memory and my artistic career.”
Publicat de Gheorghe Astileanu la 02:28 Niciun comentariu: